Okay so the question beckons a philosophical point of view to answer it, which makes it undermine itself. But let’s not go there. 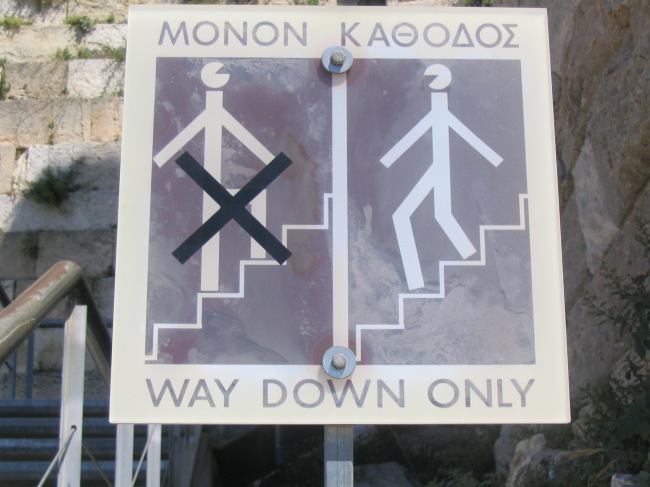 And I don’t mean to write a self-congratulatory post about how important philosophy is, even though no one knows it. That’s also a downward spiral.

I ask this question even though I do think I know the answer (obviously it matters a hell of a lot to me), but that doesn’t mean I want to hear everyone say, “Philosophy rocks my face off! Yay!” Because I know this isn’t true for most people. I want to hear the truth. Surprise surprise. And it would be great to hear from people who don’t consider themselves philosophical, to hear a real honest reason for why it’s such a turn off. I promise I won’t hate you. On the contrary, any dissenting non-philosophical voices will be thoroughly coddled.

Well, okay. Maybe not. But I won’t hate you. Let’s start there.

So I’ve been reading Plato at the Googleplex by Rebecca Goldstein and at the beginning of her book, she addresses this very question. Her point of view on most matters having to do with philosophy and Plato are creepily similar to mine, but I won’t go there either. I want to hear your interpretation. Here’s a quote (get through it, it’s worth it):

The casual equating of philosophy with topics on the fringe, emptily speculated upon, can pass unremarked in scientific circles. Like most prejudices, this one is usually not reasoned out, although sometimes it is. Sometimes a scientist is willing to stand up and bravely defend the claim that philosophy is worthless. “Philosophy used to be a field that had content, but then ‘natural philosophy’ became physics, and physics has only continued to make inroads,” Lawrence Krauss, a cosmologist who writes popular science books, told an interviewer. “Philosophy is a field that, unfortunately, reminds me of that old Woody Allen joke, ‘those who can’t do, teach, and those that can’t teach, teach gym.’ And the worst part of philosophy is the philosophy of science; the only people, as far as I can tell, that read work by philosophers of science are other philosophers of science. It has no impact on physics whatsoever, and I doubt that other philosophers read it because it’s fairly technical. And so it’s really hard to understand what justifies it. And so I’d say that this tension [between philosophy and science] occurs because people in philosophy feel threatened, and they have every right to feel threatened, because science progresses and philosophy doesn’t.”

Goldstein goes on to explain why scientists with this point of view are really doing philosophy, even though they don’t realize it, which is pretty much the point I made earlier about how questioning whether philosophy counts is self-negating.

But the truth is, most people think philosophy doesn’t count, and they don’t question their belief about the matter philosophically, so their stance is really not self-negating. They just ignore it the way I ignore sports and obnoxious children (in so far as the latter is possible).

The unspoken premise throughout Goldstein’s book that I find fascinating is that progress is the measuring stick of what matters (I haven’t finished the book, so I’ll have to keep my comment tentative). I’ve never had this outlook on philosophy. The very first line of her book is:

A book devoted to a particular thinker often presumes that thinker got everything right. I don’t think this is true of Plato. Plato got about as much wrong as we would expect from a philosopher who lived 2,400 years ago. Were this not the case, then philosophy, advancing our knowledge not at all, would be useless. I don’t think it’s useless, so I’m quite happy to acknowledge how mistaken or confused Plato can often strike us.

The first thought that ran through my mind when I read this was, “Uh oh. This book is not for me.” I actually said to myself, “So, what, exactly, did Plato get wrong?”

This is where I would insert an LOL if I were that kind of person.

The second thought that ran through my mind was that her reasoning had to be one of the informal fallacies…historical fallacy maybe? Something like that. I can’t remember.

In other words, (I realize I’ve already lost my non-philosophical audience, so I’m hoping for redemption here) physics and such…all that we call simply ‘science’ now…looks at the world and makes observations. Philosophy doesn’t, at least not in the same way. It’s bound to feel a bit incestuous in philosophy because those age-old questions that keep us awake at night are the same for all time:

Why are we here?

Why is there something rather than nothing?

Do I have a soul?

Or I am just a bunch of matter with dopamine levels and neurons [insert real scientific knowledge here] determining whether or not I say something rude? (Shout out to the ladies. We know what it’s like to be reduced to PMS.)

How do I live a good life?

How do I live a moral life?

What is happiness and how do I get some?

I know we like to say, “It’s the journey, not the destination.” But to hell with it. I’m the one in the backseat crying, “Are we there yet?”

What do you think? Does philosophy matter? Does it make progress? If so, why? If not, why? Does it matter whether it makes progress?

Or, if you are so inclined, why is philosophy boring?

20 thoughts on “Does Philosophy Matter?”