Here I am, dipping a toe into blogging again. Sometimes I wonder whether I have too many hobbies—although, truth be told, most of the time I don’t think about it. However, since it’s a retrospective time of year, here’s what I’ve been up to, and what I have to say about it: 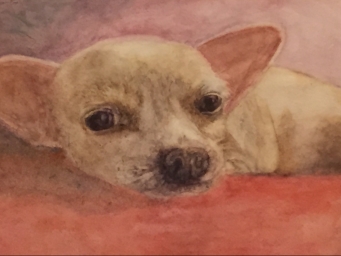 Now then, have I been spreading myself too thin with all these hobbies? Perhaps. But then again, let’s follow that quote to its conclusion…

Jack of all trades, master of none,
though oftentimes better than master of one.

I figure I might as well do what interests me rather than force myself to slog through something I’m not into at the moment. Life is too short. And there’s something to be said for cross-disciplinary study. Besides, I find these things come in cycles, seasons, if you will. So then, is this my season for blogging? Too soon to tell. But here I am for now.

What do you think? Do you ever feel overwhelmed by your hobbies/interests? Is it better to master one thing rather than be a jack of all trades?

To my American friends, I hope you have had a wonderful Thanksgiving, and happy holidays to everyone!

12 thoughts on “Jack of All Trades, Master of None…”